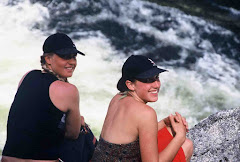 The neighborhood I grew up in used to put on these bicycle rodeos for the kids. We would all dress up, decorate our bikes and then ride down the street in a big parade. We would be beaming with pride in our moment of glory. The best costume was always awarded a prize and we coveted winning that title. At age 3 I can’t say I had a firm grasp on the ins and outs of the bicycle rodeo, but I did have an older brother who thoroughly conveyed the excitement of the event. So, when my mom asked me what I wanted to dress-up as I knew it had to be something good. Sure in my decision I announced that I was going to go as Beautiful. My mother tried to explain to me that I couldn’t dress up as Beautiful, I needed to pick someone or something to dress up as, for example, my brother was going as a farmer. I didn’t really know what she was talking about or what the problem was, but I did know I was going to be Beautiful. My parents humored me. They painted my tricycle pink, outfitted it with balloons and streamers and I wore my most beautiful pink dress complete with white tights and black shiny shoes…. I was beautiful and I knew it.

You will never guess who won the prize that year. As it turns out, you can dress up as Beautiful. A little pink can go a long way.

As I grew older and drifted along the sliding scale of what defines you as a girl, I moved away from the pink. I steadily worked towards defining myself as a tomboy, a girl who liked mud, sports and animals just as much as the next guy and especially as much as my brother. I left behind the little girl in the pink dress, the one that was afraid to get dirty, the one that was set on being beautiful. Growing up a girl you just can’t be both, it doesn’t work that way, little girls either run with the boys or they play with their dolls.

I quickly decided that I hated Barbie’s… But I loved GI Joes. GI Joes and She-ra, She-ra was okay because she was tough and my brother had He-man.

I’ve been running with the boys ever since. I ran with them through school, playing sports and proving capable in the outdoors. I ran with them through college and university proving to be a strong and worthy asset for the outdoor industry. I ran with them out in the field, carving out a place for me in the outdoor industry, all the while proving my worth, strengths and capabilities. All that time I was running with the boys trying to make up for being a girl… and then at some point during the race it occurred to me… I am a girl! Why am I playing by the boys’ rules?

I get to play in the mud, I get to like sports and animals just as much as the next guy and then I get to turn around a put on the pink dress. I get to go as Beautiful.

So I find myself back at pink. I didn’t slide back down that scale I worked so hard to climb, quite the contrary. I’ve gone full circle, continuing to progress forward taking with me everything that I was and still am and found again that there is a girl behind the mud and the sports and she thinks pink is pretty beautiful. 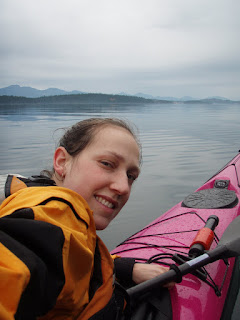 Posted by Christine and Angela at 7:30 AM 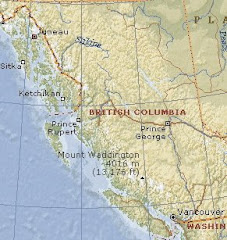